The Furukawa Battery. Co., Ltd. (headquartered in Hodogaya-ku, Yokohama; President and CEO: Shinichi Ono; hereinafter referred to as Furukawa Battery) today announced Dr. Jun Furukawa, Senior Fellow of Furukawa Battery was selected as the 25th member of the The α/β Society, composed of researchers and engineers who have made significant ontributions to the development of lead-acid batteries. This is the first time that Asians are selected by the organization. 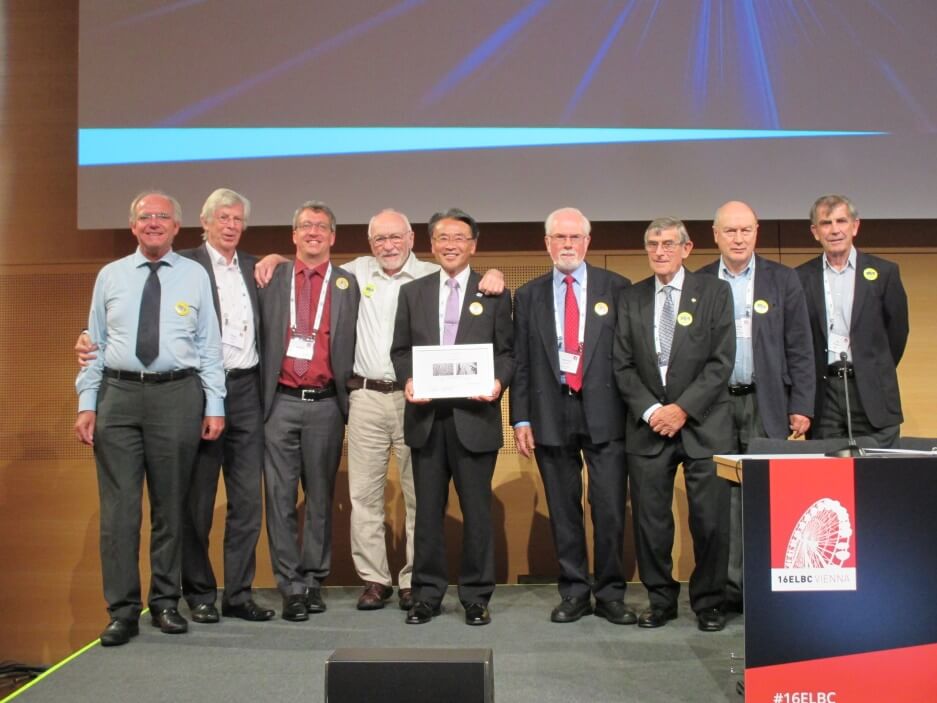 The α/β Society was launched 25 years ago by Dr. David Rand of Commonwealth Scientific and Industrial Research Organisation (CSIRO) in Australia and Dr. Ernst Voss of the German battery manufacturer VARTA. Each year, the α/β Society appoints a new member and jointly writes technical papers on lead-acid batteries.

Eleven of the members of this organization are awarded the "The Gaston Planté Medal" award as individuals and organizations globally recognized as contributing to the scientific and technological development of lead-acid batteries. Twelve of the members are also listed in the book "Innovators in Battery Technology" which introduces researchers who have developed more efficient batteries. Dr. Furukawa became the 10th member corresponding to both groups.

Since joining Furukawa Battery in 1980, Dr. Furukawa has been engaged in mass production of capacitor hybrid lead-acid battery UltraBattery, adoption of UltraBattery to new vehicle manufacturers, commercialization of liquid-operated and valve-regulated lead-acid batteries for idling-stop vehicles, and development of battery capacitor modules. With regard to UltraBattery development, he won the Fiscal 2009 Technical Development Award of The Electrochemical Society of Japan (Tanahashi Award) with two members of the Research & Development Institution of Furukawa Battery and Dr. Ram of CSIRO in Australia. Additionally, he won The Technical Award of Japan Society of Ion Exchange with three members of UltraBattery Project Dept. in 2015. In 2017, he also received the Gaston Planté Medal from the Bulgarian Academy of Sciences.

Shinichi Ono, President and CEO, commented on the election of Dr. Furukawa as a member of the the α/β Society as follows.
“It is a great honor for Furukawa Battery that Dr. Furukawa is recognized globally in the battery industry, and I would like to share this value and pleasure with all of our employees. The results of research and development by Dr. Furukawa, which are behind this selection, are the fruit of his continuous efforts and daily exploration, and I would like to express my respect for him. We will continue to promote the research and development of storage batteries, which are needed by society.”

Furukawa Battery aims to be an organization filled with vitality that brings together engineers and other diverse human resources. We will continue to work to secure highly skilled human resources and train international engineers.